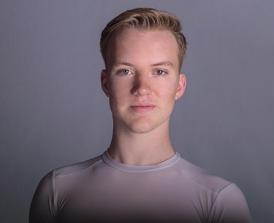 Bayley is 19 years old from England.  His passion for ballet started at the age of 7 where he began his training at the Sarah Anne Westcott School of Dance in the small town of Bideford, North Devon.  When he was 10 years old, he qualified to become a male Scholar at the British Ballet Organisation in London where he undertook additional monthly training.  At 16 Bayley accepted an offer from Christopher Moore, the artistic Director of The School of Ballet Theatre in Leicester, England to study a degree in Ballet Performance for three years.  Bayley graduated in June 2019 with a first-class honours degree in Ballet Performance and accepted an internship contract with Ballet Theatre UK for the 2019/20 season.

Bayley was thrilled to win an award in 2018 at The School of Ballet Theatre UK Choreography Competition for the Overall Group Piece and in 2019 was awarded Most Improved Dancer.  He also progressed to the British Grand Prix 2019 finals in the solo and pas de deux categories.

During his studies Bayley gained professional tour experience with Ballet Theatre UK in their production of The Sleeping Beauty and appeared with company in their 10th Year Anniversary Gala.

Bayley was lucky enough to be invited from England to attend at the Milwaukee Summer Intensive 2019 where he gained valuable training and thoroughly enjoyed his time in America.  He is thrilled to return to the United States as a guest performer at the Illinois Youth Dance Theatre company and would like to thank Ballet Theatre UK for allowing him to leave from his current internship with the Company.

Braeden Barnes, a native from Chicago, Illinois, received his training from Faubourg Ballet, Academy of Dance Arts, San Francisco Ballet School, and Houston Ballet school. Braeden was then accepted into the Joffrey Ballet training program under the directors Alexei Kremnev and Anna Reznik. During his time there, he did works by Francisco Avina, Ronn Stewart, Amy Hall, and Diana Princeton.

Columbia Classical Ballet Principal Dancer, was born in Kagawa, Japan and began his ballet studies at the Hikasa Ballet Studio in Japan. He came to the U.S. at age 16 to attend the Kirov Academy of Ballet in Washington, D.C. before moving to Columbia, S.C. to continue his advanced training with Radenko Pavlovich.  This past June, Kota was awarded the Gold Medal (Professional Division) at the 2015 World Ballet Competition in Orlando for his outstanding performance. Other awards include the Bronze Medal 2014 WBC, First Place Senior Male 2014 YAGP Atlanta Regionals, Silver Medalist at the 2013 Valentina Kozlova International Ballet Competition NYC, First Place at the 2012 All Japan Osaka Ballet Competition and All Japan Ballet Competition, Third Place 2012 Japan Grand Prix and First Place at All Japan Nagoya Ballet Competition. His repertory includes the principal and soloist roles in The Sleeping Beauty - Prince, Don Quixote - Basilio, Romeo and Juliet - Romeo, Swan Lake - Pas de Trois, and The Nutcracker - Cavalier, Marzipan, and Nutcracker among many others.  Columbia Classical Ballet is very pleased to welcome the very talented Kota Fujishima back for his third season.

The Nutcracker 2014
Nations was born in Wurzburg, Germany but has resided in Columbia, South Carolina for the past seven years where he has trained exclusively with Radenko Pavlovich. In 2013, at the age of 14, Nations had the honor of receiving Second Place in the Student Division of the Valentina Kozlova International Ballet Competition (VKIBC), NYC. The next year he placed in the top six of the Youth American Grand Prix Male Senior Division in Atlanta, Georgia. This past spring Nations travelled back to NYC where he won the Gold Medal for the Junior Division 2015 VKIBC and then went on to the 2015 World Ballet Competition in Florida where he was awarded the Bronze Medal in the Pre-Professional Category. Nations’ repertory includes the Wizard in Oz, Little John in Robin Hood, Marzipan, the Nutcracker Prince, and Cavalier in The Nutcracker, Aladdin, and Prince Siegfried in Swan Lake. Nations is a senior in high school and is very happy to be back performing with Columbia Classical Ballet for his fourth season. 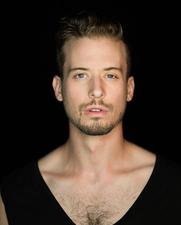 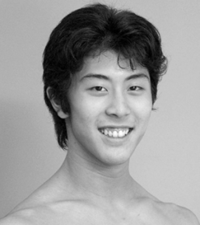 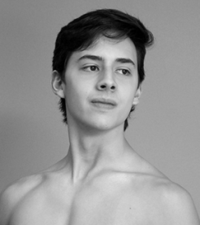 BOARD OF DIRECTORS
President/Co-Treasurer Rick Aguilar